Who Ya Gonna Call? If you’re an artist, writer, actor, musician, dancer or the owner of an art-related business and you’ve watched your income evaporate, Intersection for the Arts (IFTA) has compiled a long list of emergency grant-making resources that might help.  It’s sorely needed.  After reading about the failure of the SBA to deliver promised loans and grants, and after looking at California’s Employment Development Department website and finding nothing that would allow self-employed workers to file for unemployment, I came across this IFTA page and discovered sources of potential funding, including one from Facebook, which has

$100 million earmarked for small businesses.  In addition to posting the above-referenced resources, IFTA has created a Safety Net Fund for artists for which it hopes to raise $250,000.  If you can contribute or you want to apply for assistance, click here.

On the streets. The virus may have grounded us, but street artists around the world (see above) are busy.  The best COVID-19 art I’ve seen so far appears on a website called Bored Panda, shared with me by the critic Robert Atkins.

Plague literature revisited. “When the plague came to London in 1665, Jill Lepore writes in The New Yorker, “Londoners lost their wits. They consulted astrologers, quacks, the Bible. They searched their bodies for signs, tokens of the disease: lumps, blisters, black spots. They begged for prophecies; they paid for predictions; they prayed; they yowled. They closed their eyes; they covered their ears. They wept in the street. They read alarming almanacs: “Certain it is, books frighted them terribly.” The government, keen to contain the panic, attempted “to suppress the Printing of such Books as terrify’d the People,” according to 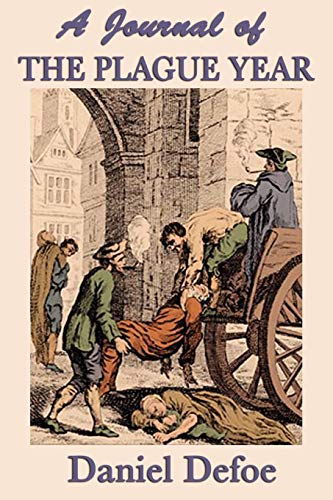 Daniel Defoe, in A Journal of the Plague Year, a history that he wrote in tandem with an advice manual called Due Preparations for the Plague, in 1722, a year when people feared that the disease might leap across the English Channel again, after having journeyed from the Middle East to Marseille and points north on a merchant ship. Defoe hoped that his books would be useful “both to us and to posterity, though we should be spared from that portion of this bitter cup.” That bitter cup has come out of its cupboard.  Read the full article.

Open after my death. The conceptual artist Stephen Kaltenbach has spent a good deal of his 50-year career contemplating mortality.  There are his sealed metal canisters known as Time Capsules, for which he is justly famous – mainly because the contents have never been revealed and because of the inscription (“Open after my death”) they carry.  But his most profound creation is a painting (on loan from the Crocker Art Museum) called Portrait of My Father, a psychedelic masterpiece that ranks among the greatest works of the late 20th century.  It’s now on virtual view in Davis, at the Manetti Shrem Museum, as part of a survey exhibition that COVID-19 derailed.   Larry Rinder, director and chief curator at BAMPFA, wrote an essay about it for the exhibition catalog, now viewable via the museum’s online newsletter, along with studio shots (see below) showing the work as it moved from idea to completion.

“Stephen Kaltenbach’s monumental painting Portrait of My Father (1972–79),” Rinder writes, “is…sui generis, standing outside of every ism and movement, even as it draws strength from a number of artistic traditions. As idiosyncratic as this painting may be, it aims for—and achieves—a remarkable level of universality. The subject, the artist’s dying father, connects each and every viewer to the experience of mortality and generational transition. Kaltenbach’s overlay of spectral filigree suggests the existence of a deeper reality—a level of being less differentiated by “you” and “I” or even “life” and “death”: the experience of being as pure pattern and light is common to mystic traditions around the world and over millennia.  Read the complete essay and a review of the show.

Meghan Riepenhoff’s Littoral Drift. Haines Gallery just issued the second edition of its online newsletter, Artist Digest, and it’s devoted entirely to the work of photographer Meghann Riepenhoff, an artist who uses cyanotype to collaborate with nature.  She exposes sheets of chemically treated paper to ocean waves, thereby allowing sunlight and water to do their work.  The result is a record of how saltwater, photo chemicals and light interact over time — the opposite, in other words, of a snapshot.

As the artist explained in an interview: “I’m thinking about time on the geologic scale. If one considers a large time scale, all artworks, and indeed all things, are impermanent. Even our most dramatic human attempts toward permanence fail eventually over time and usually succumb to the environment in some form. I think this issue is especially fun to kick around with photography, where there is a lot of pressure for prints to be ‘archival’….

The earliest photographic images weren’t able to be fixed, and it was a huge advance in the field when early practitioners finally stabilized light-sensitive images. With my images, I wanted to heighten awareness of this time/image relationship, and so I only partially photo-chemically process my images. The result is that they oscillate in UV light and darkness, they have subtle shifts in form as chemistry and elements from the landscape continue to interact, and they are forever in a state of change. Conservators and cyanotype experts do not expect my images to totally disappear in our lifetime, but there is an unknown element regarding the work’s life over the long term.”

Reproductions, unfortunately, don’t begin to convey the briny essence of the surfaces, and how closely the forms registered by this process mirror the feel of sea water, conjuring the smell of salt air and the presence of aquatic life. Read the full interview in Lenscratch.

Also, from Lenscratch, comes a great collection of inward- and outward-looking quarantine images from photographers across the globe, all part of a seven-part series.  Operating along similar lines, Sad and Useless, billed as “The Most Depressive Humor Site on the Internet,” came to me from a friend in Fort Bragg.  The publisher appears to have raided the Getty Museum’s Twitter feed, wherein followers were challenged to “recreate a work of art with people and objects in your home.” The results, which range from whimsical to ingenious, cry out for an exhibition.

Flamenco Sketches.  On a personal note: My oldest friend, who I’d been trying to reach unsuccessfully ever since the coronavirus struck, finally surfaced.  He lives on disability in a board-and-care facility and has no internet access, just spotty cellphone service, which, when it fails, sets off worries among family and friends.

The most significant thing he and I share is a love of music.  Back in ‘66, David taught me the rudiments of 3-chord Pop, and it’s around this that a lot of our conversations revolve.  He began as a Jerry Garcia acolyte, then migrated to blues (BB King) and jazz (John McLaughlin).  For the past 30 or so years, he’s played flamenco, mostly for free in a South Bay coffeehouse, his illness having long ago foreclosed any possibility of a professional career, save menial electronics assembly jobs which long ago dried up after having been shipped overseas.

Yesterday, he told me a lovely story.  “Last month, I woke up from a dream with an arrangement of Little Wing” [from the 1967 Jimi Hendrix album Axis Bold as Love] “playing in my head.  So, I got up, grabbed the guitar, and there it was, complete.  All I did was lay it down the way I heard it.  I think it sounds pretty good.” 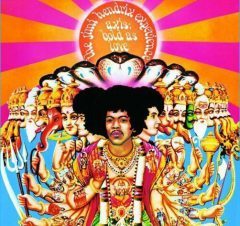 “I wish I could, but I broke a couple strings, and I haven’t been able to play for about a month.”  “What do you mean?  Can’t you just buy new ones?”

“No.  Guitar Center, like everyplace else, closed; it’s only open online, and I don’t have a computer or even smartphone or, for that matter, internet access.  I can’t even call them,” he vented. “The wait time was over an hour, so I gave up.”

“We can fix that,” I told him.  “Just tell me what strings you’re using and I’ll have them delivered.”  We hung up and, bearing in mind that I’d missed his birthday, I placed an order on Amazon for three sets of D’Addario steel-wrapped nylon cables, slated to arrive early next week.  When they do, Hendrix’s song will live on, “speaking” with an “accent” no fan has likely ever heard: Spanish.

Jazz on the Tube: an antidote for what ails. Anecdotal evidence suggests that jazz is the preferred soundtrack for visual artists.  If that holds for you, check out Jazz on the Tube.  It’s a curated selection of video clips culled from the vast history of the music on film.  To call it a treasure trove would be an understatement.  These days, it’s more like a lifeline, and not just for listeners.

It’s now offering home/studio performances from top-tier musicians whose gigs have been canceled.  The two I sampled came from pianists Fred Hersch (New York) and Jon Cleary (New Orleans).  Both were knockouts, so I donated a small sum to each through JOTT’s PayPal portal.  Take a peek.  If they lift your spirits, why not give ‘em a boost?   They surely need it, as do we all.  Click here for the complete directory of performances.